Bonds are accepted at the Wayne County Jail 365 days a year, 24 hours a day with the following exceptions:

Monday – Friday between the hours of 8:30 a.m. to 4:30 p.m. During these times, cash bonds and fines should be paid at the court of jurisdiction (i.e., 3rd Circuit Court and 36th District Court). After the bond has been paid at the court, the court bond receipt can be provided to the Wayne County Sheriff’s Office – New Jail Division I for processing (persons held in Andrew C. Baird Detention Facility – Division I are processed at that facility). Please contact Division I at (313) 224-0794 for questions regarding Division I inmates.

Only persons eighteen (18) years old and older are allowed to post bonds.

New inmates coming from other agencies or courts cannot be released until that inmate has been processed thru the Wayne County Jail Registry Unit.

The bond officer will write the inmate’s name on the bond list as bonders arrive at the bond window in first come-first serve order. Each inmate will be processed in order of arrival, unless the person for whom the bond is being posted (inmate) has not arrived from court or the arresting agency, or who has not been processed into the system. Once the bond process begins, a LEIN inquiry will be conducted on the inmate for any additional wants or warrants. Any additional charges found must be paid before the inmate is released from the Wayne County Jail.

Monies accepted for payment of bonds are as follows:

Denominations of $20 or larger will be accepted. Only cashier’s check and certified checks made out to the Sheriff of Wayne County will be accepted for the amount of the bond. Money orders, personal checks, loose and/or rolled coins will not be accepted. A separate check must be made out for each charge. Discovery Card, Visa Card, Master Card, and the American Express Card are also accepted. All credit cards used for bonds are subject to an 8% processing fee from the Government Payment Services, Inc.

Identification must be in the form of: 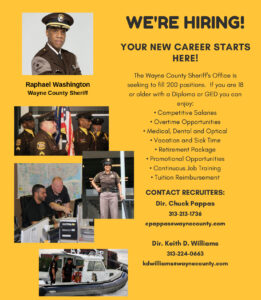 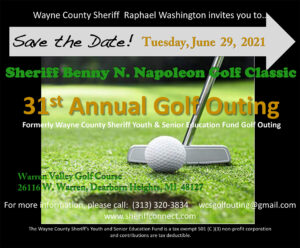 My Inmate has access to a tablet, how do I schedule a visit?