Under the PREA act, we are committed to preventing, detecting and responding to all allegations of abuse whether such allegations are made regarding inmate on inmate or staff, contractors and volunteers on inmate. All reports of sexual abuse will be promptly and fully investigated by responding jail staff. Sheriff’s Internal Affairs investigators will investigate sexual abuse and harassment allegations and will fully prosecute offenders where warranted.

If you suspect that an inmate is the victim of sexual abuse or harassment it can be reported in any of the following ways: 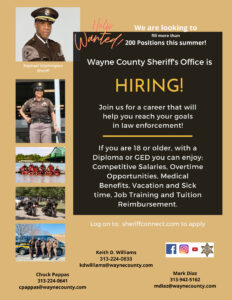