Hello and Happy New Year! It was an exciting journey through 2022 and I’m glad you were there with the Wayne County Sheriff’s Office through it all. We hit some significant milestones and fell just short on some others. Overall, we achieved the mission of WCSO! Our Deputy Sheriffs tagged vehicles,

From the Community Engagement standpoint, I could not be happier with our partnerships than to have handed out blankets to the homeless, to have held the Easter Egg Hunt with Grandmont Rosedale, our Annual Benny N. Napoleon Memorial Golf Classic, supporting youth & seniors, to have partnered with Goodfellows, as well as the Lava Grille in Northville for our “No Child without a Christmas” efforts. Our Turkey Giveaway with CNS Healthcare, our Santa on Patrol and the $3,000 in gift cards given away thanks to Kroger, along with the $55,000 in gift cards, serving more than 65 families in partnership with Meijer’s, were exceptional events that I look forward to each year!

We realize the importance of our jobs in the jails, on road patrol, our mounted & marine units, courts, K-9, and recruiting. We are constantly looking for men and women interested in joining our team to continue the fine work that we do.

To have completed nearly 500 Reserve Division assignments is just an unbelievable accomplishment and included our presence at the Gibraltar Fireworks, the Northville Parade, Inkster’s Summerfest, Plymouth’s “Art in the Park”, Taylor’s Cruise, and the Arab & Chaldean Fest at Hart Plaza in Detroit, to name a few. When we think of all that happened last year, we continue to applaud our Deputy Sheriffs and Reserves. Alongside other law enforcement agencies, to ensure their safety, protecting and serving residents in our 43 cities and townships in Wayne County, is no easy task.

I truly look forward to a more exciting 2023 for our staff, our deputies, and our residents of Wayne County!

Ready to join our Team! We are looking to fill more than 100 positions and encourage you to visit our website to learn how you or someone that you think would be a good candidate can learn more. Visit our website, by clicking here: For more Information and to download our application! It will be the best step you’ve made all year.

The responsibility of the Wayne County Sheriff’s Office is to maintain the highest standard of integrity and professional excellence and to protect the lives and property of Wayne County citizens while objectively enforcing local and state laws.  It is our duty to serve our community and provide a secure, safe, and humane environment for inmates remanded to our jails.  It is our mission to provide our staff and the public fair and equal treatment and protection, and to strengthen the public’s trust through continued transparency and accountability.

With a mission of protecting the lives and property of Wayne County citizens, it takes a special individual to accept the challenge and responsibility of working as a sheriff’s deputy! Is that you or someone you know?

The Sheriff’s Office offers a wide range of law enforcement and correctional positions, as well as great career and training opportunities. The Wayne County Sheriff’s Office is looking for motivated men and women who want to serve and protect their community.

fill out the form below to join our email list

There were plenty of great opportunities throughout the year, for WCSO Deputy Sheriff’s, Staff, and Volunteers to connect with the community. As we look forward to an exciting 2023, these partnerships and community events are mutually beneficial and rewarding!

SHOP WITH THE SHERIFF

WCSYSF CLAY CRUSHING WITH A CAUSE

NO CHILD WITHOUT A CHRISTMAS FUNDRAISER

Who would you like to see featured in our Employee Showcase? Do you know someone at the WCSO who has an interesting hidden talent, shows exceptional dedication, or simply makes your work day better? Please email your nominations to efoxworth@waynecounty.com!

Committed to Public Service, Deputy Chief (Retired) James E. Davis continues to serve as a consultant to WCSO in addition to several other responsibilities! His ‘official’ title with WCSO these days? Appointee and Executive Director for Sheriff Raphael Washington. In this role, he manages areas of federal compliance including, Federal Grants Management and the Federal Prison Rape Elimination Act, (PREA) in the jails. Currently working on the Transition Team to the new 21st Century Jail in Detroit, he consults in areas of management, including Litigation, Labor Relations, and Police Discipline.

HISTORY OVER THE YEARS

Not showing ‘any’ signs of slowing up, “I’ve worked for 4 Sheriff’s including Robert Ficano, Warren Evans, Benny Napoleon, and now Raphael Washington, and I would do it all over again if I could” says James Davis. “I’ve worked in just about every position in the Sheriff’s Office including the Jails and as the Training Director under then Sheriff Warren Evans. My most exciting accomplishment was how we were able to put about 300 people through Police Academy’s over a 5-year period by establishing a distance education platform. This part-time academy significantly helped to reduce the major over time issue we had by allowing deputies to attend the academy in the morning and then report to their shifts in the afternoon.”

“My Dad was a police officer, along with a cousin and nephew and I have enjoyed working my way through the ranks with Wayne County, including as a Sergeant, Lieutenant, and in various Executive Roles. I know how the agency works and currently advise Sheriff’s appointees, including Litigation, the Counsel to the Sheriff, and am happy to help the Grants Director.” Teaching criminal justice at Wayne State University, DC Davis has encouraged students that “they don’t know what they’re capable of” and to continuously work toward being their best.

“I know we face several challenges as an agency, but I’d like to see those with a voice with the media…to focus their attention on supporting public service. We see issues cycle and when they come back, I am equipped with knowledge of how we addressed it in the past. For the success of our 4th and final jail in my career, I’ve taken on the work to do our best to comply with the PREA rules, inevitably creating a safer environment in the jails.”

“Looking back after more than 3 decades, I would do it all over again! It’s just been a pleasure and an honor to have served the community in such an important way and it’s no less important today than it was 30 years ago. I would encourage anyone who is interested in police courts, corrections, or some other form of public service to really explore what’s possible and to reach out to those who have served, in order to best understand the rewards of a career in public service!”

“I’ve loved every minute of it!” 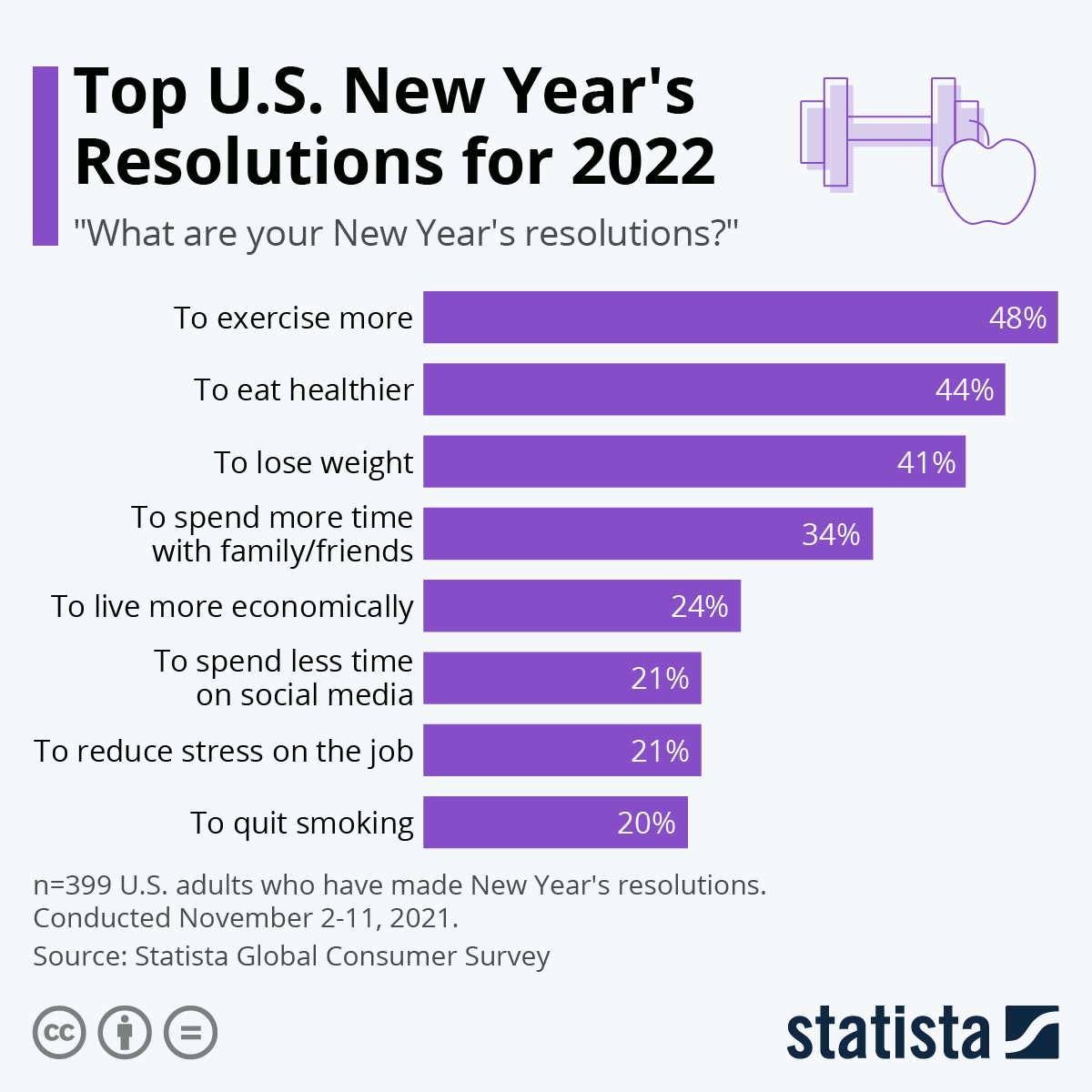 9 Tips To Stay Healthy During the Long, Cold Winter Months

Winter can be rough on your lips. The cold air outside and the furnace-dried air inside work in tandem to dry out your lips, which can leave them painfully chapped and cracked. Want to avoid that ordeal? Start with these six tips to protect your lips.

Think about how carefully you treat a cashmere sweater. Take that same gentle approach while caring for your hair during the winter months. Gentle brushing is one of many tips to keep your tresses healthy.

Get a win for your skin

Winter weather can leave your skin itchy, red and flaky. That can turn into a BIG pain given that we’re talking about your body’s largest organ. So, try these seven tips to feel more comfortable in your own skin.

Sniffing dry winter air can dry out your sinuses. And while the thought of less gooey mucus in your nasal cavities might sound enticing, it’s not ideal. The reason? That gunk protects you by trapping germs before they infect you.

That’s part of the reason why respiratory ailments such as bronchitis, sinusitis and even nosebleeds are so common during winter.

The importance of washing your hands has been mentioned a time or two over the past few years with COVID-19. Guess what? It’s not just a good idea during a pandemic. Good hand hygiene can help you better avoid everything from the flu to pink eye.

Notice a common theme in all of the previous items? Yep — it’s dry air. Running a humidifier can help resolve the issue that opens the door to many problems.

Allergies don’t take the winter off. Being cooped up inside during cold weather months can make life tough for anyone allergic to dust mites, molds or pets.

Sunlight makes increasingly rare appearances for much of winter, which can make your mood … well, a bit dark. Don’t ignore symptoms of seasonal affective disorder (SAD), which include sleep disturbances, decreased energy and a lack of motivation.

Light therapy is one of several methods that can be used to brighten your days. Talk to a healthcare provider before starting a program.

2023's Best TV and Streaming Shows You Can't Miss on Netflix, HBO, Disney Plus and More

Kaleidoscope
Netflix Heist series with a twist: You can watch the eight episodes in any order to see the story unfold in different ways.

Star Wars: The Bad Batch
Disney Plus Animated action with the toughest troopers in the Star Wars galaxy.

The Last of Us
HBO 2013 video game The Last of Us tells the tale of a teenager navigating a zombie apocalypse with the help of a grizzled smuggler, played here by Pedro Pascal. Craig Mazin, creator of HBO’s bleak hit Chernobyl, is in charge.

That ’90s Show
Netflix Hello, Wisconsin! It’s 1995 and the daughter of That ’70s Show’s Eric and Donna bonds with a new generation.

Shrinking
Apple TV Plus Jason Segel and Harrison Ford star in the story of a psychiatrist who begins telling patients what he really thinks of them.

Star Trek: Picard
Paramount Plus The complete cast of The Next Generation reunites for the final season of the Star Trek series.

The Crown
Netflix An older Queen Elizabeth II deals with the failing marriage of Charles and Diana in the final season of The Crown.

Squid Game
Netflix The fiendishly clever Korean hit series has been renewed for more fun and games, which we hope will arrive in 2023.

The Continental
Peacock Action-packed John Wick spinoff is riddled with bullets on Peacock.

The Penguin
HBO Colin Farrell is a Gotham city crime boss in this spinoff from the 2022 movie The Batman.

The Walking Dead: Rick and Michonne spinoff
AMC Originally planned as a series of movies, this AMC series follows Andrew Lincoln and Danai Gurira in another zombie spinoff.

The White House Plumbers
HBO Woody Harrelson and Justin Theroux star as the men behind the Watergate scandal in this HBO drama.

Ted Lasso
Apple TV Plus Another season kicks off for this warm-hearted Apple TV Plus hit about a cheerful soccer coach.